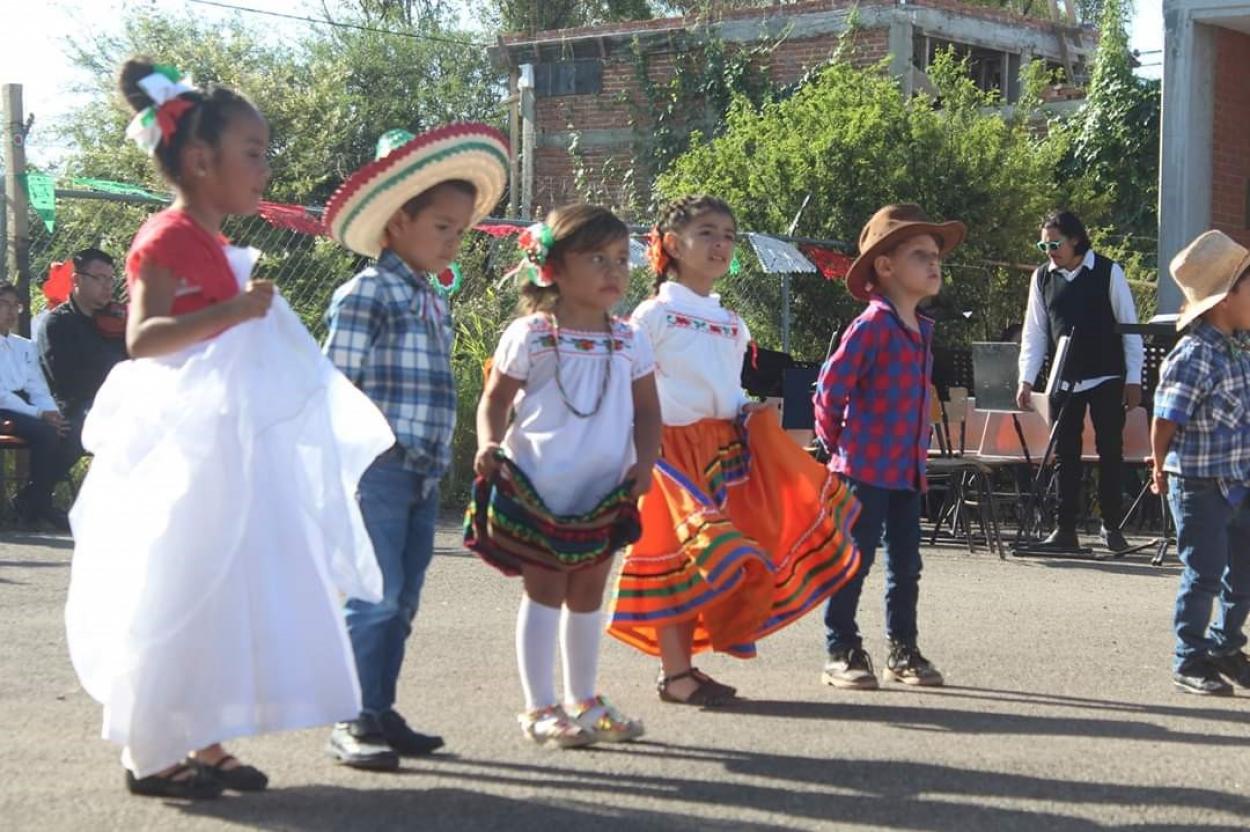 Since the nursery opened at the end of August, the school is up and running again. The children have settled well and celebrated some typically Mexican holidays.

Everyday life at the Escuela para Futuro school in León, Mexico, is far from being boring as the nursery children enjoy a wide range of activities. During the past three months, the children have grown close, and have shared numerous amazing experiences. Regional festivities in particular have been extensively celebrated as there are many holidays in Mexico, either religious or closely connected with the country’s history. These holidays are an important part of Mexican culture, and the pupils learn this through the celebrations. 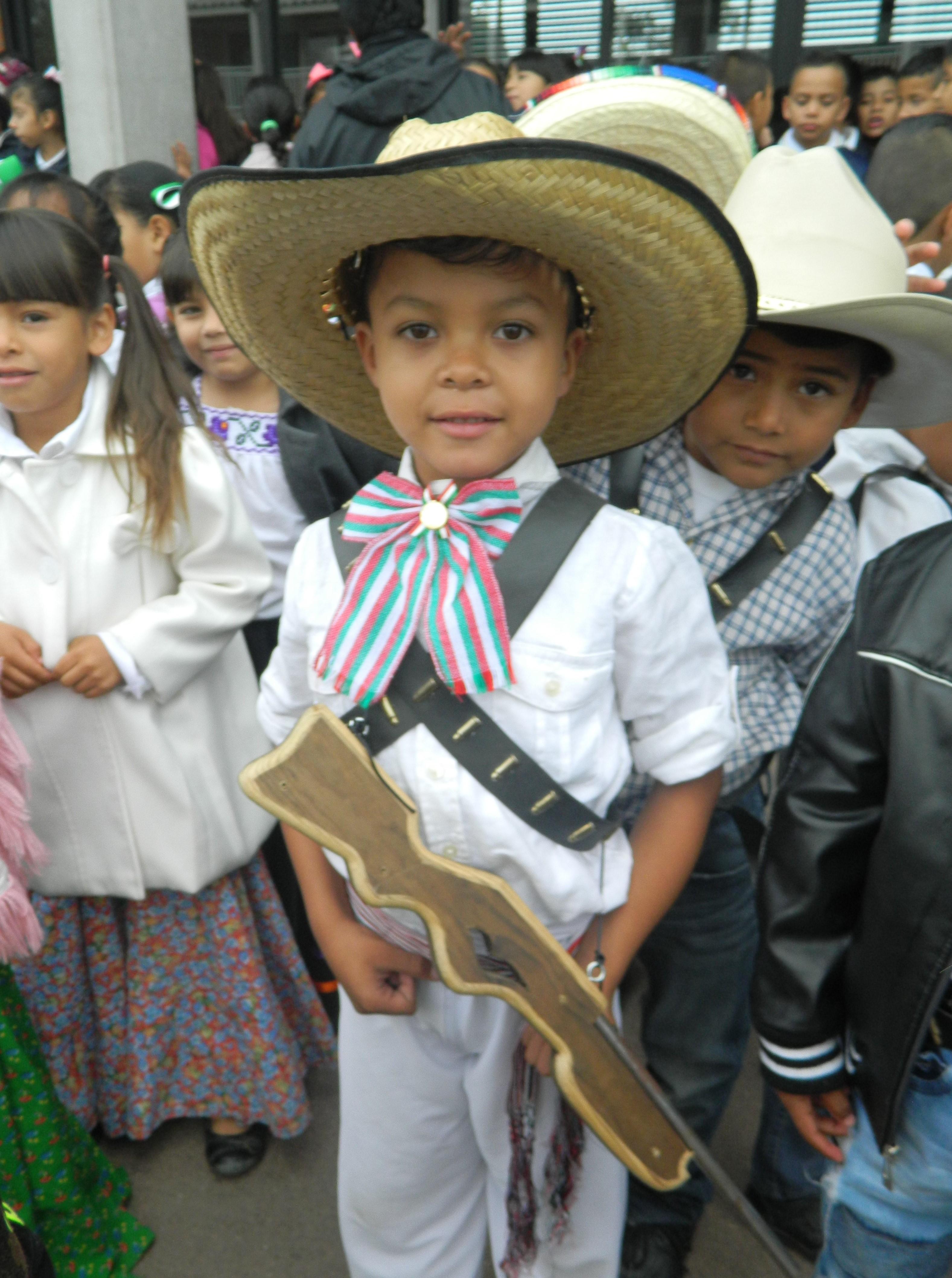 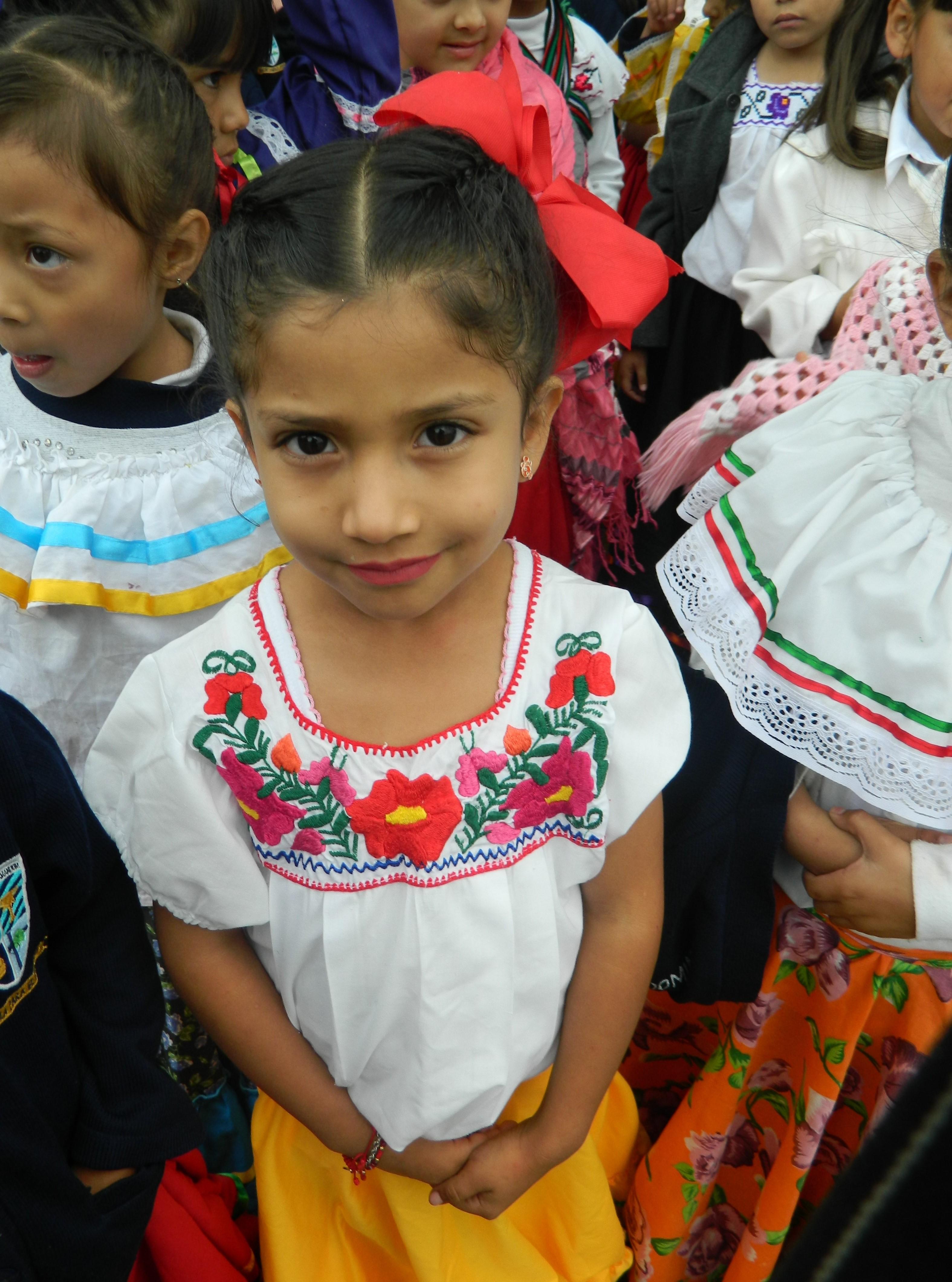 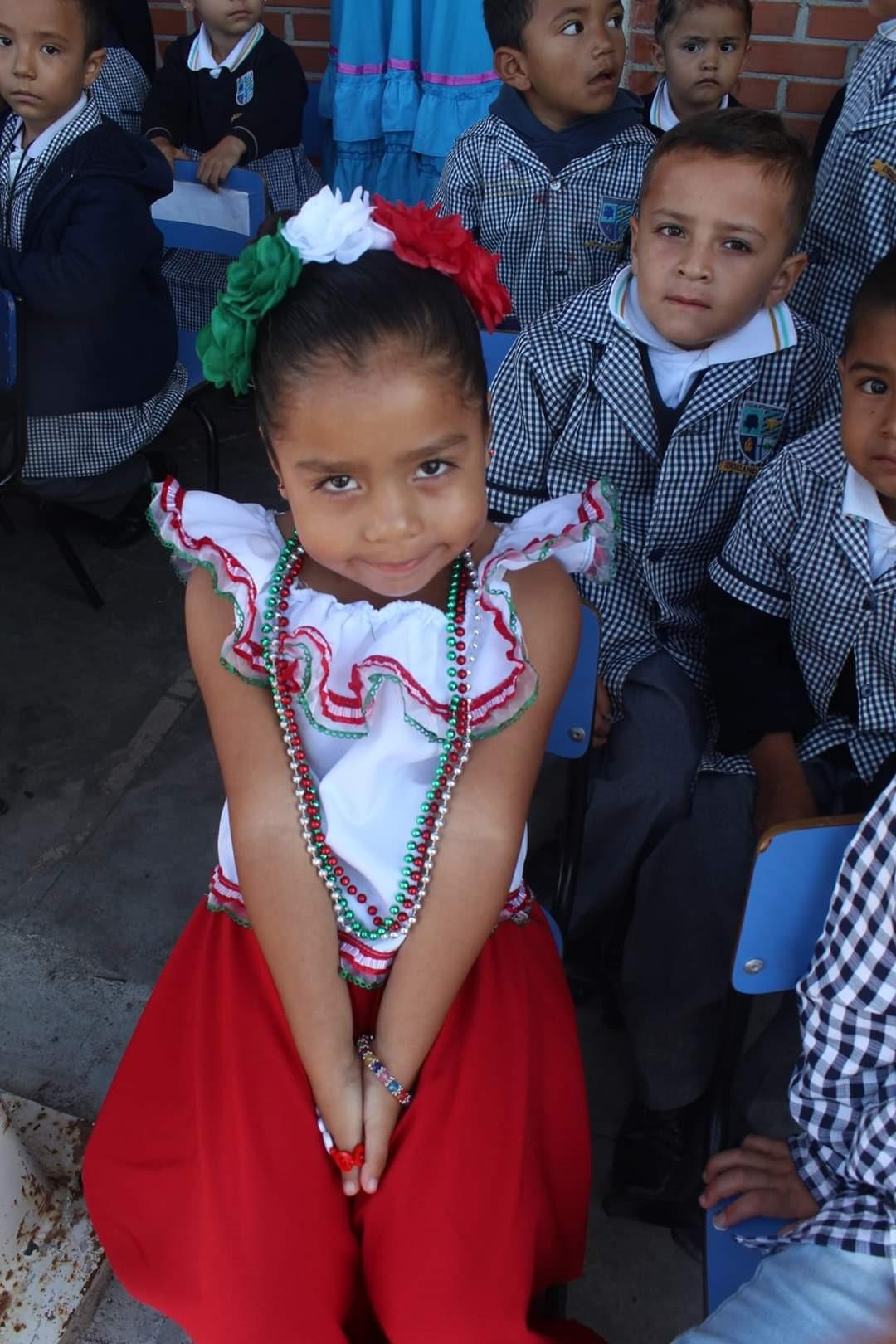 On 16 September, all pupils gathered in the schoolyard to honour the Mexican flag, as they do in every school in Mexico on this special day. After the ceremony, they celebrated with songs and dances wearing national costumes. At the end of the day, the principal swung the Mexican flag and announced: “Viva Mexico!” And everyone answered: “Viva!”, meaning “Long live Mexico!”.

On 16 September 1810, Miguel Hidalgo y Costilla rang a bell in what today is the city Dolores Hidalgo and shouted his famous cry for independence (“El Grito de la Independencia”), encouraging other Mexicans to rebel against Spanish sovereignty in the country. Although Hidalgo was arrested in the following year, the fight had already begun. Nowadays, the Mexican president pays tribute to this historic moment in the national palace (Palacio Nacional) in Mexico City each year. Every public place is decorated in Mexico’s national colours – red, white, and green – at this time of year, and people make themselves heard with horns, whistles, and shouts of “Viva Mexico!” and “Viva la independencia”. Part of the diverse culture, and thus also of the festivities, are traditional Mexican craftsmanship, fabrics, textiles, and clothes, combined with an abundance of food, music, dancing, and fireworks. Viva Mexico!

Columbus Day – The discovery of America

12 October, also known as Columbus Day, is a very special day in the list of Mexican educational holidays. The children learn about the historic background and the reason for this holiday by performing acts and historic scenes related to this event. 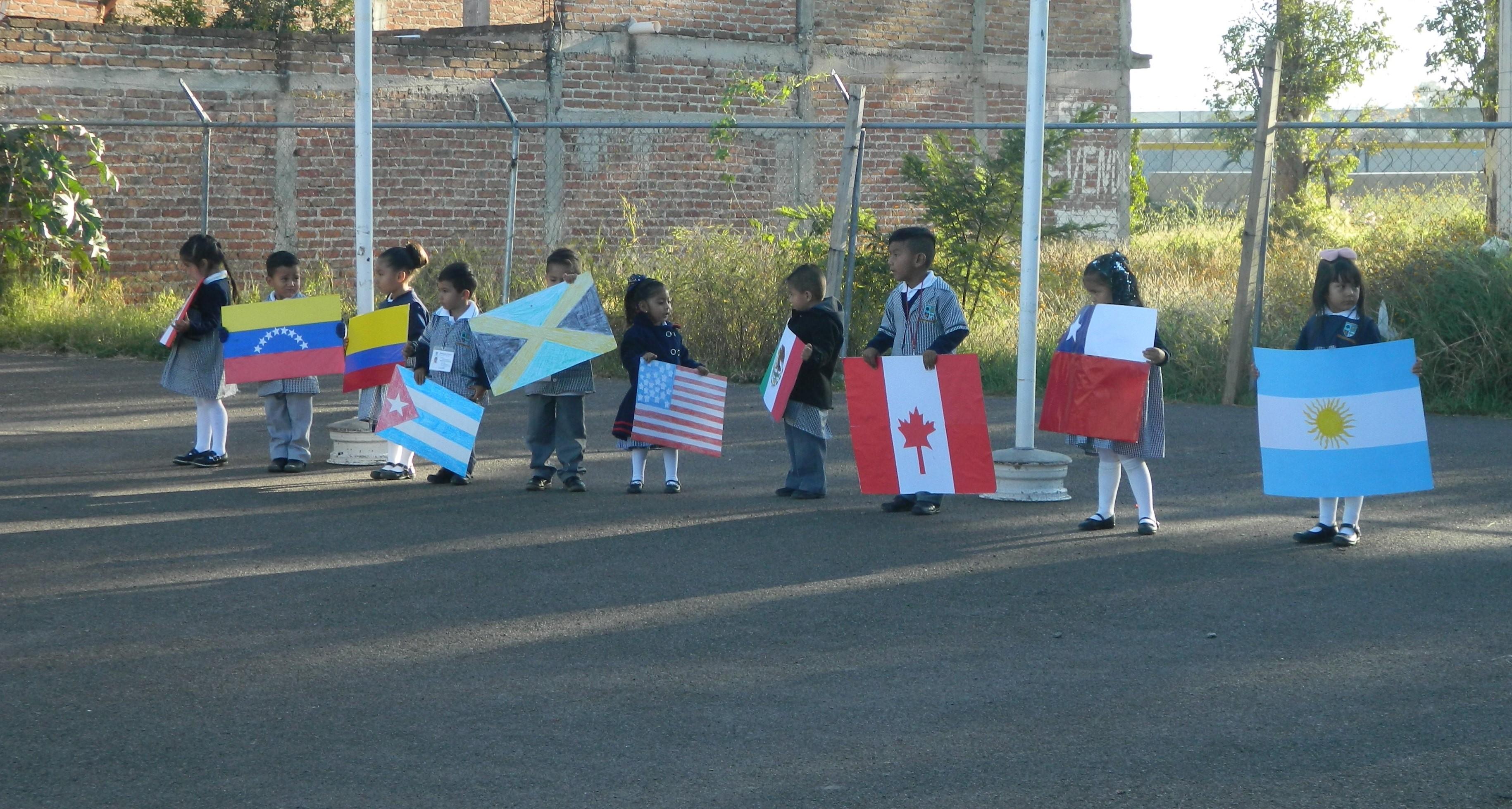 In many countries in America, and also in other parts of the world, Columbus Day is a national holiday celebrating Christopher Columbus’ arrival in America on 12 October 1492. Christopher Columbus was an Italian explorer looking for a faster route to the Far East over the Atlantic Ocean, only to arrive in the New World. His first journey to the New World on the Spanish vessels Santa María, Niña and La Pinta took about three months. The arrival of Columbus and his crew in the New World started the “Columbian Exchange”, a transfer of plants, animals, culture, human population and technologies, but also of invasive species, including infectious diseases, between the New and Old World.

Columbus’ arrival in America is celebrated as “Columbus Day”. In some Latin American countries – among them Mexico – 12 October is known as “Día de la Raza”. This inspired José Vasconcelos to write his book about the Ibero-American ethnicity.

On 1 November, pupils prepared various altars of the dead (“altares de muertos”), which they decorated with colourful paper, images of late loved ones, and typical Mexican food. Once they finished decorating, they shared their delicious meals, and sang songs in remembrance of the dead. 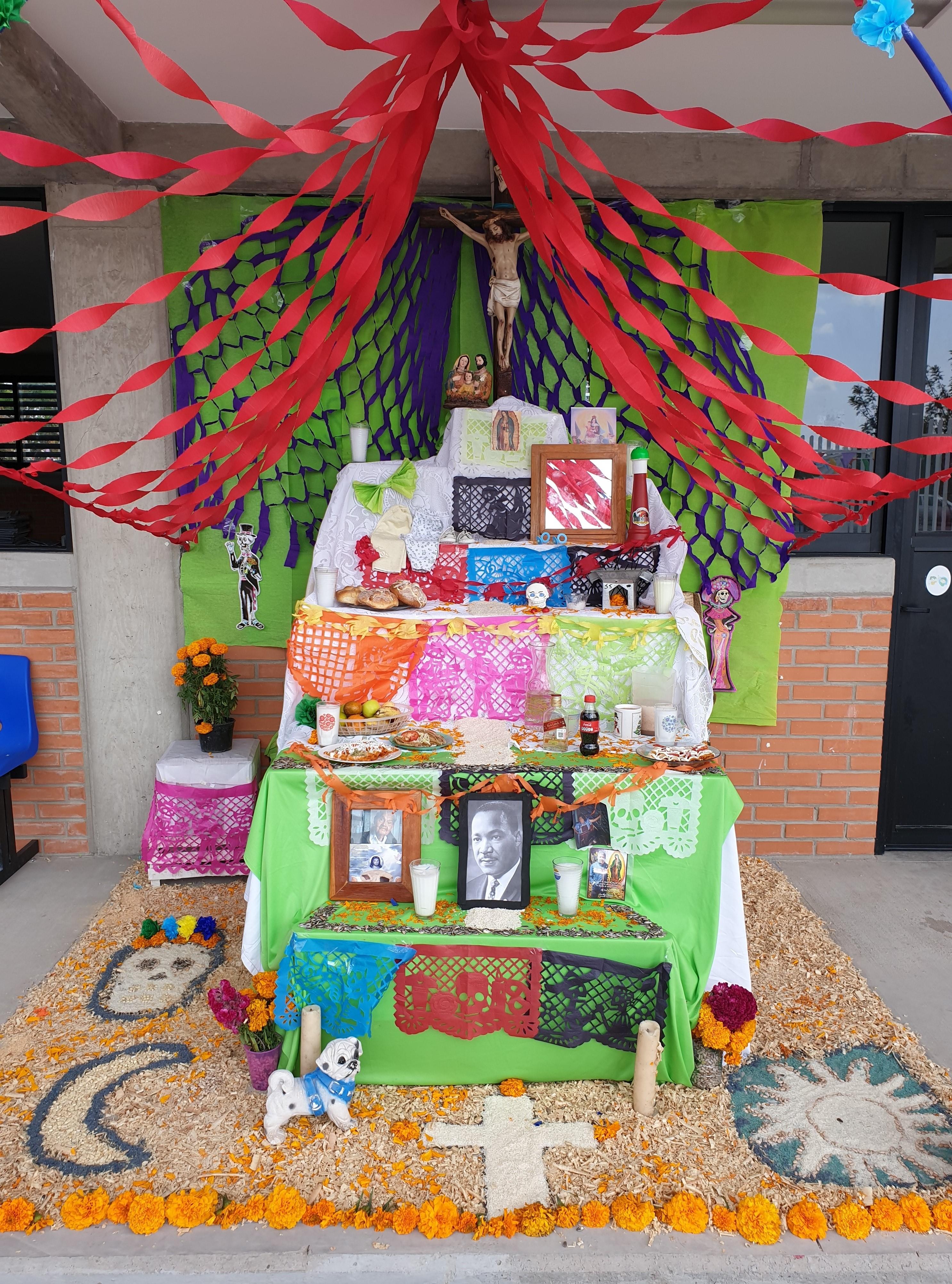 The Day of the Dead (“Día de los Muertos” in Spanish) is celebrated in Mexico between 31 October and 2 November. On these holidays, Mexicans remember and honour deceased loved ones. Nonetheless, it is far from being a sombre or gloomy event: these holidays are a bright and festive celebration of their lives. Mexicans visit cemeteries, decorate the graves, and spend time where their late friends and family are buried. They also create extremely elaborate altars in their homes to welcome the ghosts. They are called “ofrendas” in Spanish, meaning “offering”.

As this holiday is of such great importance to Mexican culture, the tradition of the unique celebrations is passed from generation to generation. In 2008, Mexico’s indigenous holiday dedicated to the dead was declared an Intangible Cultural Heritage by UNESCO World Heritage.

Find out more about this project here:
Giving mexican children an early start to their school career