"It's flying! It's flying! It's flying!" Flight Day for people with disabilities in Alberndorf in the Riedmark district.
When you look at the world from high above, it makes the big day-to-day problems seem much smaller - and so were the children's eyes, as they widened in amazement. And that was exactly what had been planned for yesterday's Children Flight Day "Up, up and away". 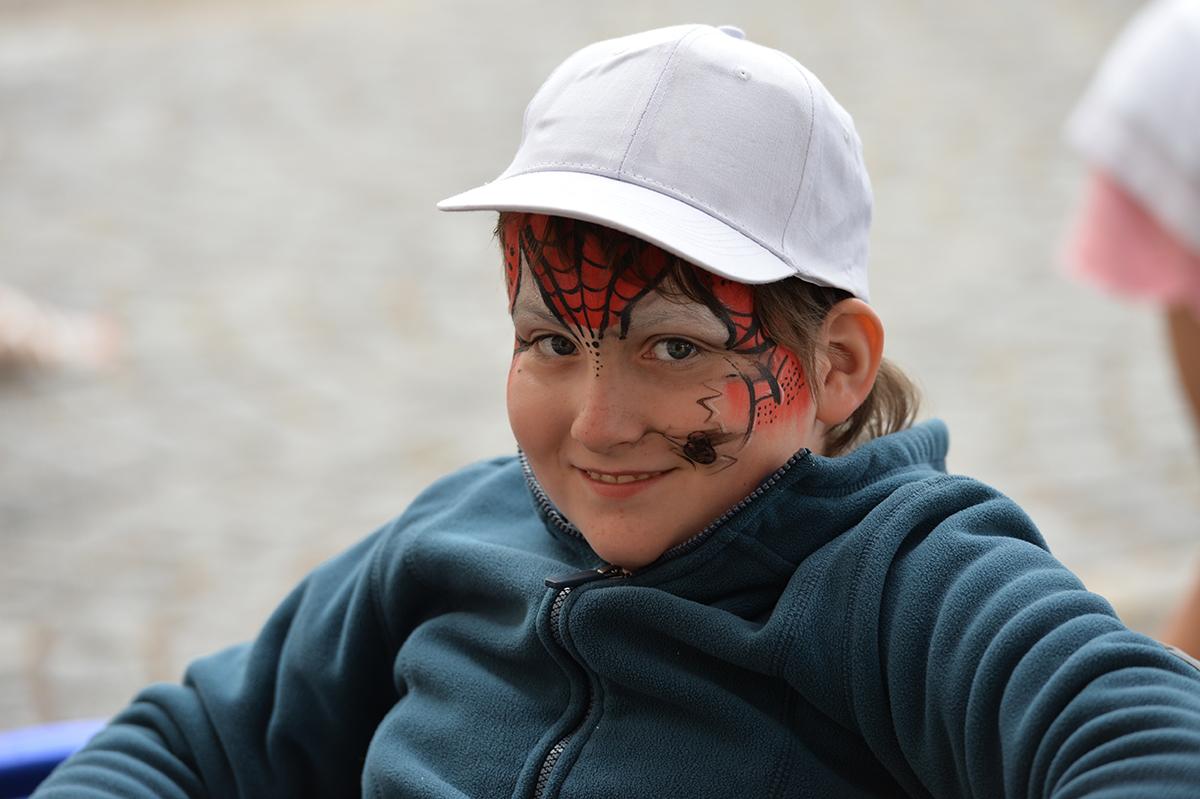 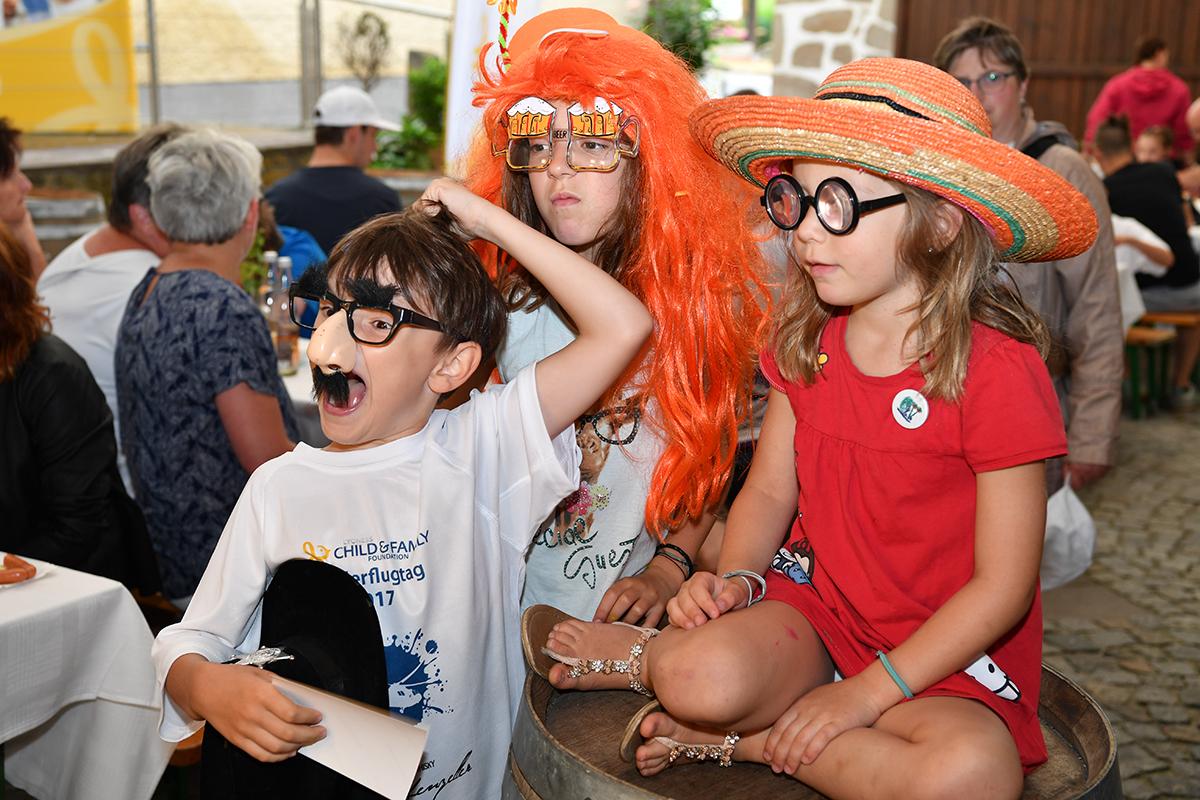 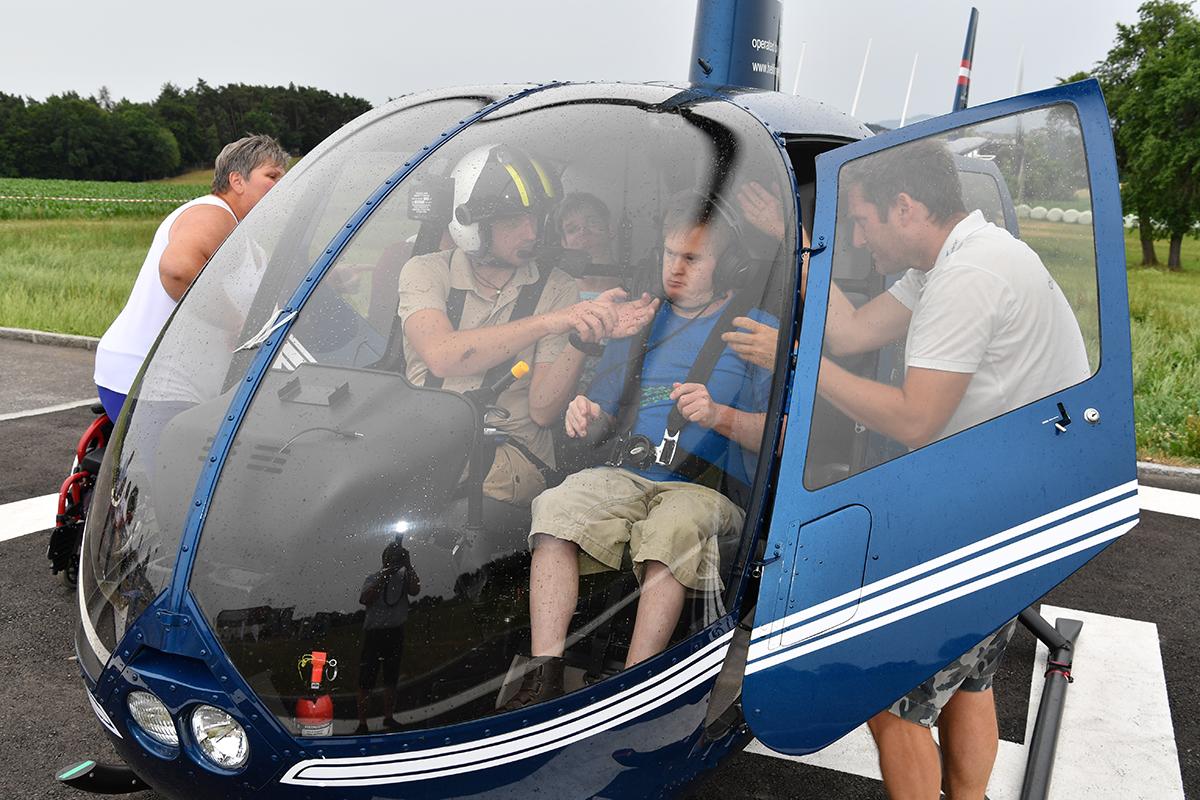 When you look at the world from high above, it makes the big day-to-day problems seem much smaller - and so were the children's eyes, as they widened in amazement. And that was exactly what had been planned for yesterday's Children Flight Day "Up, up and away".

On 25 June 2017, it was time: the 4th Child & Family Foundation Children Flight Day turned the dream into a reality for 50 children and youths. This time, it was the world high above Upper Austria that could be admired with awe: The Flight Day event took place at the Peter Affenzeller Whiskey Distillery, and was actively supported by Mr. Affenzeller and his whole team, together with the myWorld Austria GmbH and it's volunteers.

Children with disabilities and their families don't always have it easy; many things that we take for granted are difficult, even if the children and families don't show it. The strain on them is unparalleled and society is often quick to point out when someone is different. There are lots of small, or even bigger, hurdles that stop these children from being able to enjoy the experiences that other children of their age can enjoy. A flight, especially now during the holiday period, is normally a part of that.

For these families with children and youths with physical and mental disabilities, who are cared for by the Diankoniewerks, in Upper Austria, we wanted to organise a special day. A day that lets them forget the every-day, a day where these children and youths get to have an experience that, for once, other kids their age can't have: a helicopter ride.

As for any normal flight, there was a check-in counter, registration and boarding cards and a gate for boarding. The gate was open-air and, after a quick photo-shoot at the gate, they were assisted to the helicopter by a caring supporter. And if it wasn't already, things certainly took off from that point on! Once the rotors started spinning and the noise level grew, there was no time to stop and stare; it was time to keep their heads down and jog to and from the helicopter. Then came "airtime" with a whole new perspective.
Thomas H. is in a wheelchair and was allowed to fly with his mother. Of course, the engine was turned off at that point, so they could take their time to get onboard. "It was so fantastic". Just those few words and the look on his face said more than a thousand words ever could.

The helicopter ride was sure to be the highlight of the day, but it wasn't the only attraction. To calm the nerves before the flight, or as refreshment afterwards, Peter Affenzeller created children's cocktails with delicious, fresh fruit. There was music from the Dumfart Trio, with the Mooskirchner Quintet legend, Helmut Freydl as special guest. The bouncy castle with a slide, and the photo booth from Indra Foto were also huge hits: with the photo booth, the children were able to slip into another role, or even another world: they dressed up as "Maja the Bee" (a German children's cartoon character) or a pirate and then took a selfie, using a fixed selfie-camera. After all that action, everyone was ready for a good snack. In Peter Affenzeller's courtyard volunteers from the Gallneukirchen-Gusental Rotary Club prepared and handed out delicious sausages and drinks. Instead of taking part in all the hullabaloo and activity, those who wanted to be creative created some real originals in the painting and handicraft corner - they were allowed to let their imaginations run riot and create their own t-shirts, caps, bags and even stylish buttons.

Even Peter Affenzeller, one of those who initiated this project, reverted to his child within for a day: "You could really feel how much fun the kids were having. The excitement and fun were contagious." 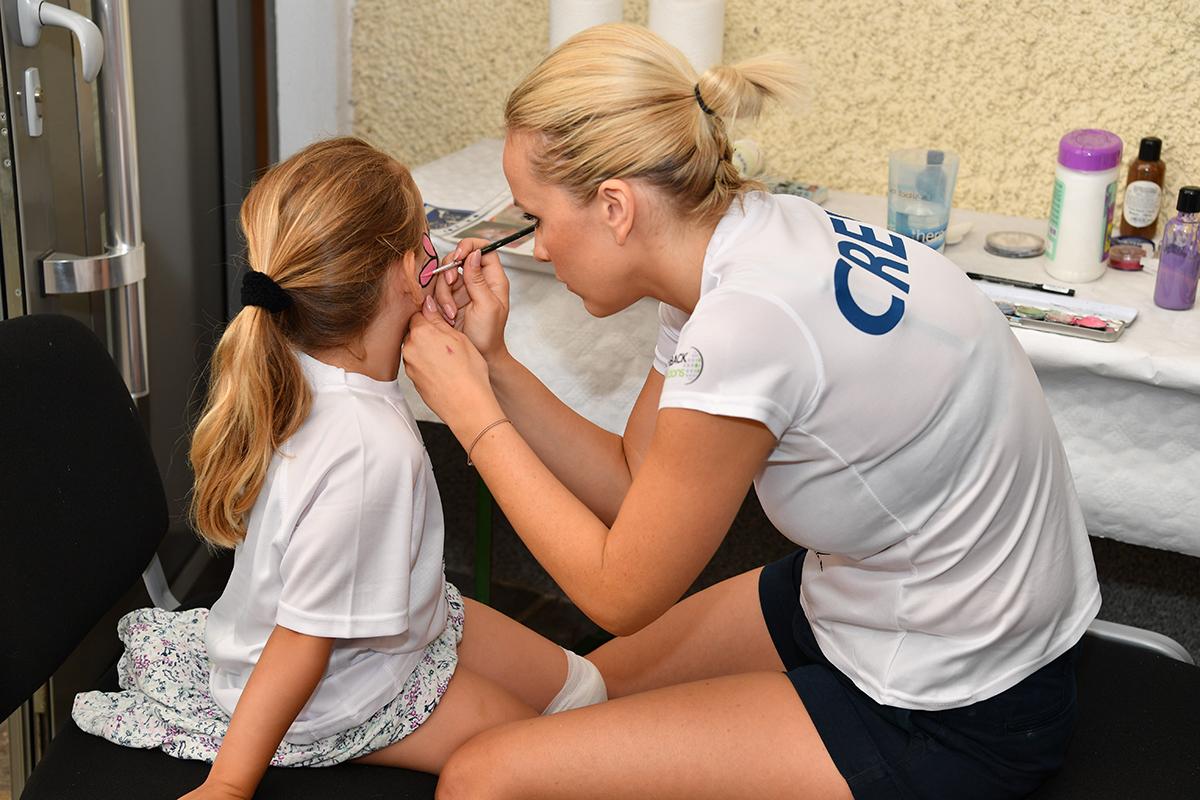 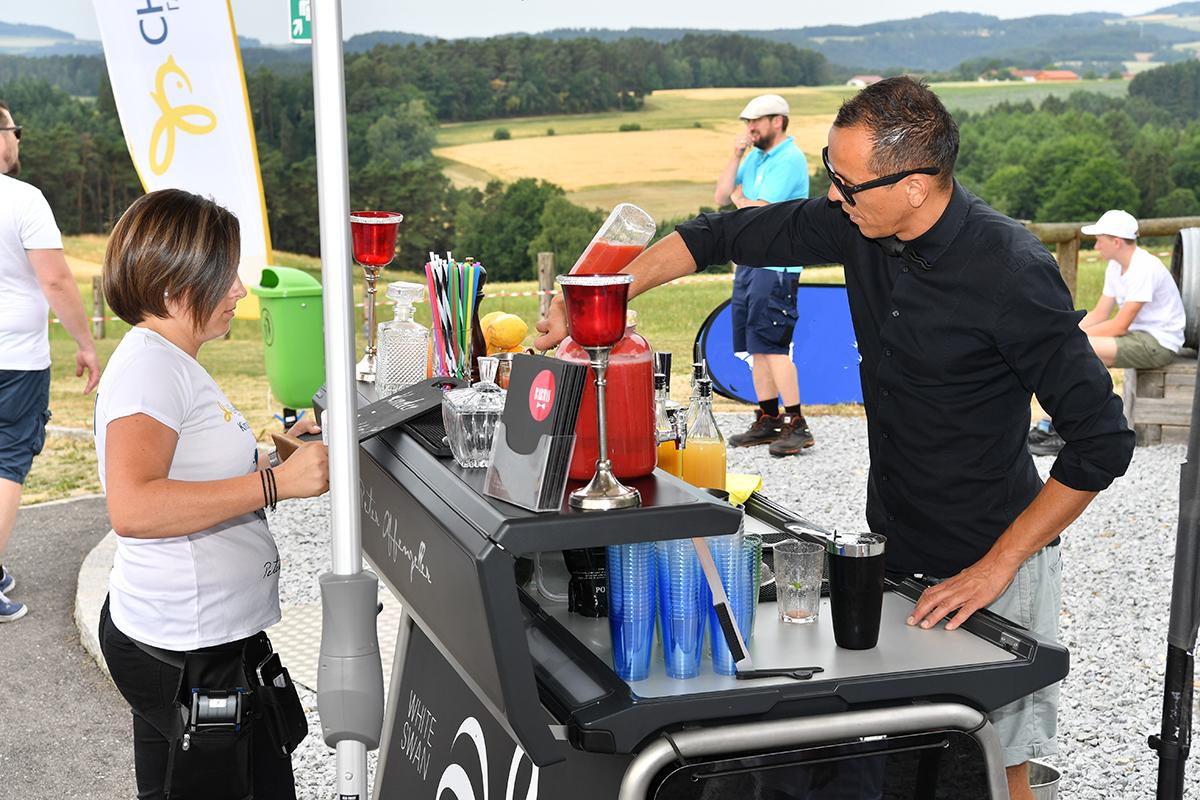 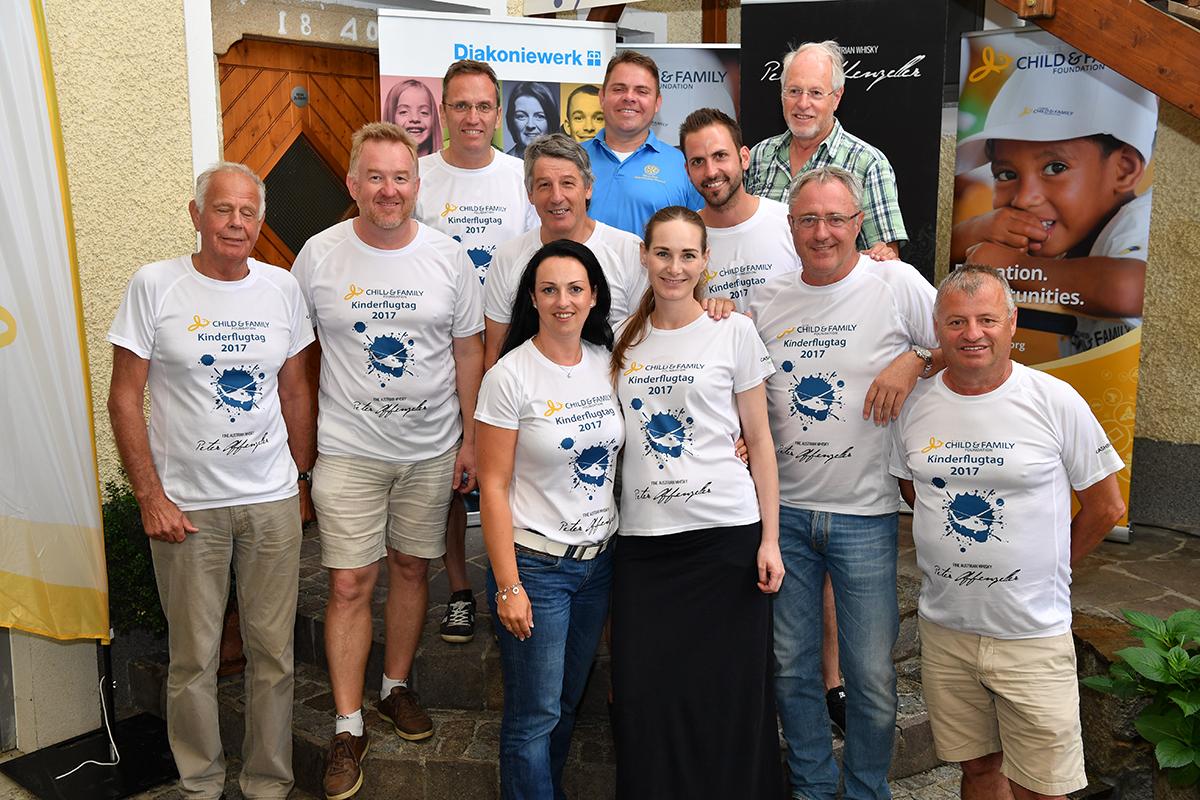 Over 30 volunteers were involved in making this a day to remember: we would like to say a huge thank you to the owner of the Whiskey Distillery, Peter Affenzeller, as well as the myWorld Shopping Community Austria, the Bogi Park, the Office Center Berger&Reichenstaller, the Reisebüro Moser, the Nah&Frisch Pipifein, the Zoißl’s Heurigen Schenke, the Spielzeugwelt Voitsberg, the Bräurup GmbH as well as the Autohaus Ford Ornig for making it all possible. A huge thank you also to the Gallneukirchen-Gusental Rotary Club volunteers for all their support, the  Aviation GmbH, Saxoprint, Foto Indra, the Mooskirchner Quintett legend, Helmut Freydl, and the Dumfart Trio for the musical entertainment, and of course a special thank you also to Diakoniewerk, Upper Austria for their cooperation.