Angel for a Day

Experiencing Wisła Kraków up close – the project campaign made this possible.

To see the renowned team Wisła Kraków up close is a dream of many football fans. The event enabled 86 children, whose circumstances would usually bar such an excursion due to the arising costs, a visit to the capital city Krakow. In addition, the sports-mad children were equipped with football gear - a valuable support for future footballers.

Children growing up in one of the country's poorest regions, need a little motivation and hope for a better future. The danger that the children will deviate from the right path is quite high due to their difficult life situations. It is therefore even more important that the children feel valued as members of the community and have access to hobbies that can offer them new perspectives.
Sport is the perfect solution. It not only helps release endorphins, but also promotes the reduction of stress and aggression. Team sports strengthen the team spirit, reinforce confidence in one's own abilities and demonstrate that rigorous training is worth the effort.

The football association "KP Gwarek" is the ideal port of call for all children who wish to engage in sporting activities. The region around the city Wałbrzych is one of the poorest in the country and the unemployment rate is extremely high. The children's perspectives are not the best and the families do not have the necessary money for meaningful leisure activities. The municipality finances the association "KP Gwarek", but they often lack the funds to procure the necessary equipment. 145 children between the ages of 4 and 18 train at the football association. 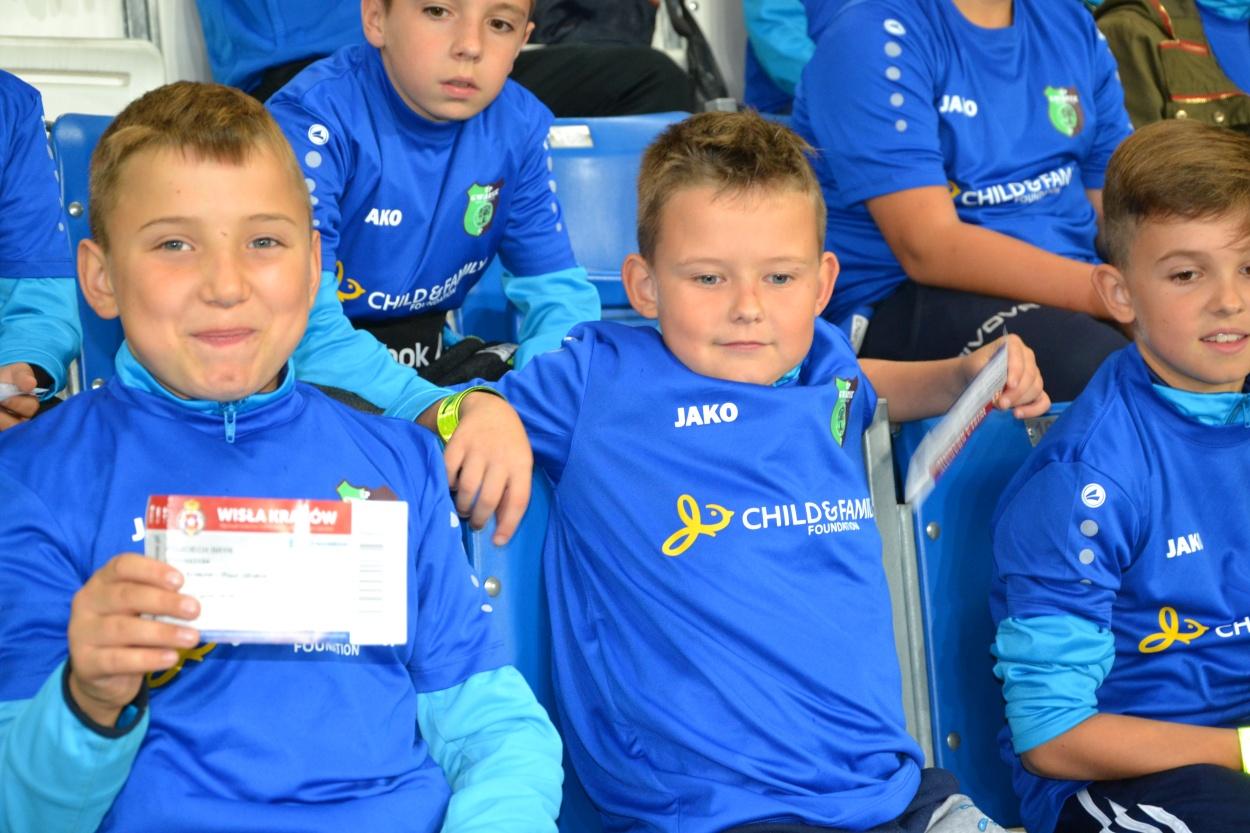 On 16 September 2017 at 12 o'clock the 86 children and adolescents and their 16 supervisors and trainers commenced their 6-hour journey to Krakow. Such an excursion is extremely rare, as the children's parents do not have the funds to finance such trips. Upon arrival in Krakow, the visitors were taken to a restaurant where they were served chicken and rice. The restaurant even organised a tent to house the large group. Each mini football team also received two cuddly mascots in the form of the Lyco stuffed toys.
After dinner, there was only one topic of conversation, football. The highlight of the day was the game Wisła Kraków vs. Piast Gliwice at the large stadium. None of the children had ever visited a stadium before and the question which team would win the match was on everyone's minds.

Presents for the children and the association

Before the kick off, the children and the association received presents in the form of football equipment, which will accompany them on their way to becoming professional football players. How is one to complete a rigorous training without the necessary equipment?
The little athletes received a training bag packed with breathable T-shirts adorned with the logo of the Child & Family Foundation. The bag also included snacks and sweets for the long journey home.
The association received a new lawn and lawn fertilizers, a marking cart and training equipment such as skipping ropes, footballs, balls made of sponge and even reflexology rollers. As a refreshment, the young athletes were offered water, juice, tee, soap and shower gel after the training. Additionally, the association received toilette paper, floor cleaning products and detergent. Football jerseys, shorts and socks were also gifted to the association.
The association Wisła Kraków also distributed amazing gifts to the children which included a scarf in the club's design and a football with the signatures of all players. 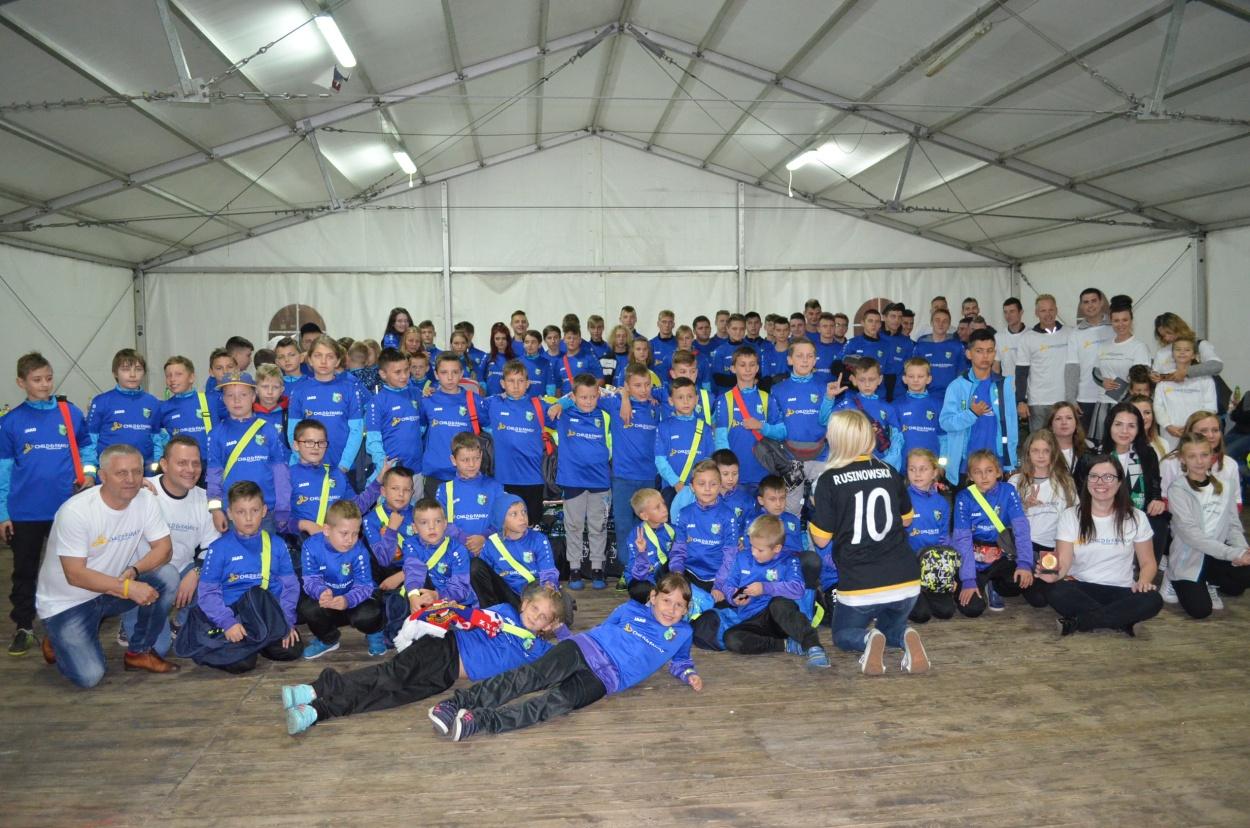 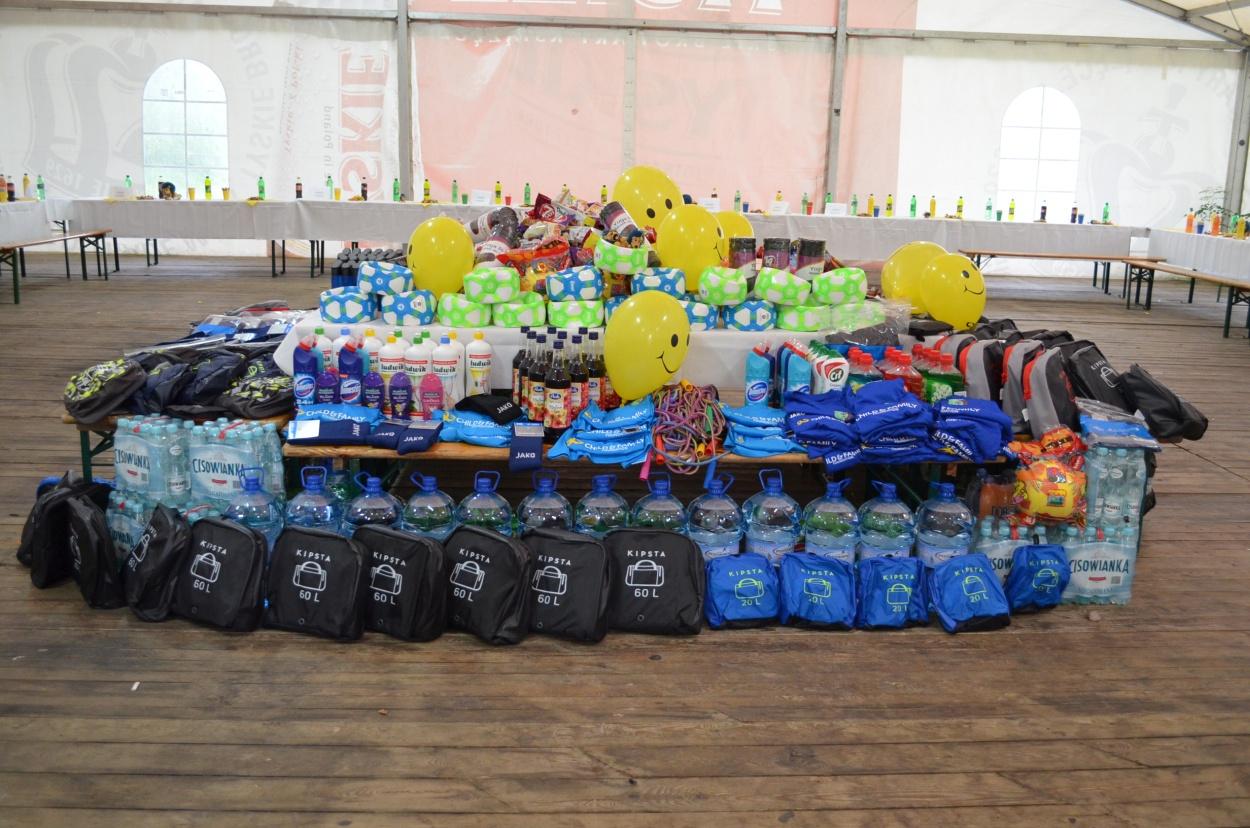 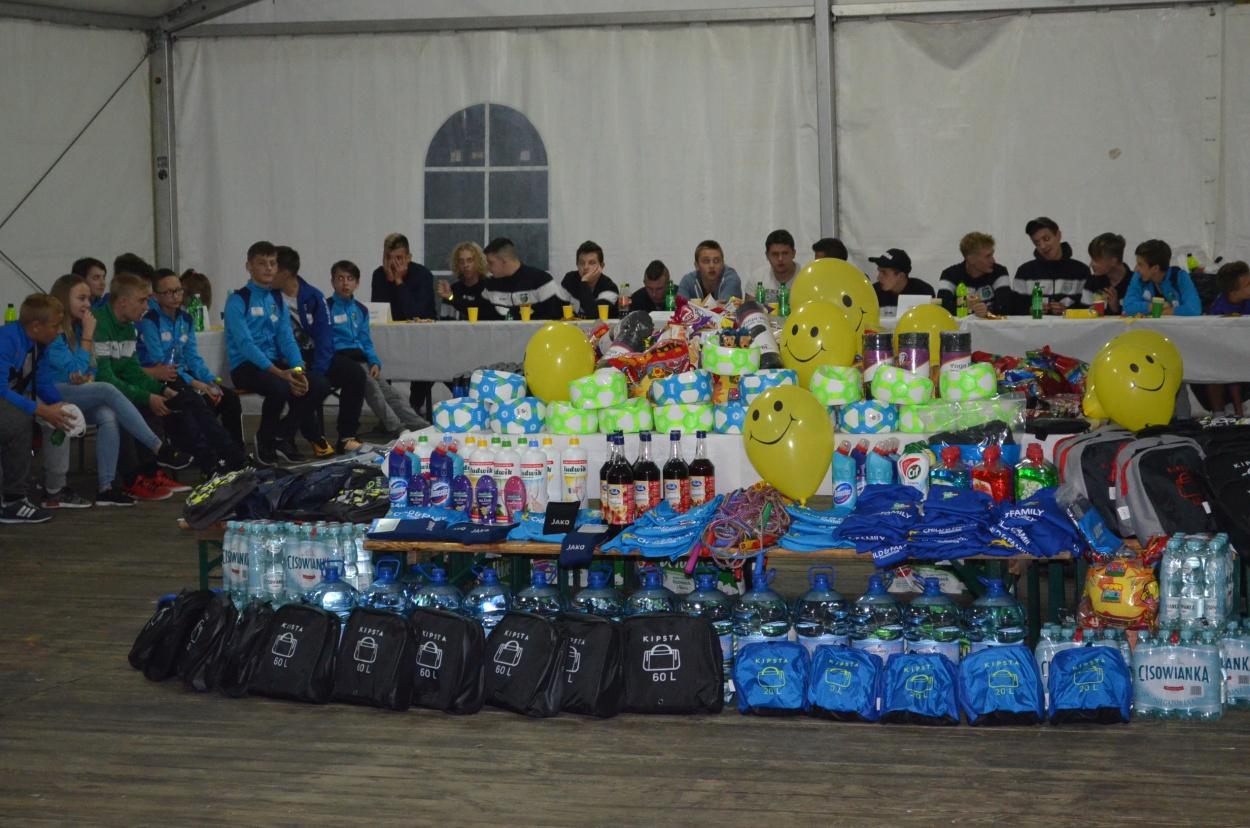 At 7.30pm the children were taken to the stadium. The children were so delighted over their presents, that they decided not to leave them behind on the bus, but to take them with them to the stadium. It was an exciting game and the crowd's euphoria was intoxicating.
In the end, Wisła Kraków was the victor with 2:0. The long journey, the visit to a large stadium, the atmosphere during the game, the presents - all these unique experiences have made this an unforgettable day! And the constant excitement even kept the children from falling asleep on the long and late journey back home. 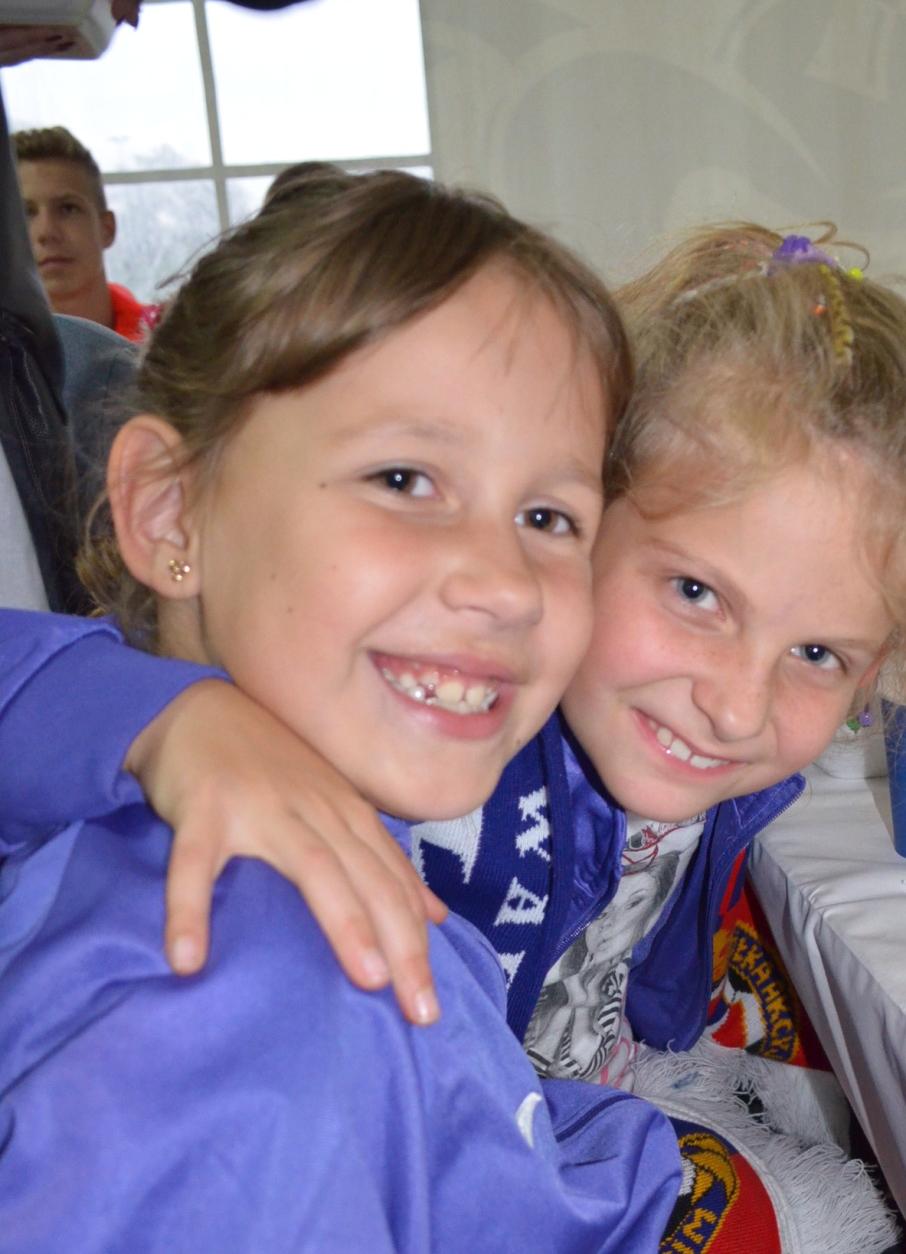 The children's joy and gratitude was immense. During the entire day, the children kept on repeating "I can't believe that I am actually here!". The bus driver summarised his experience at the end of the day as follows: "I don't know what myWorld is. I have never heard of this foundation, but I know that they do good. You can see that on the children's faces". Our "Angels of the day" still receive photos of the children during the match wearing the Child & Family Foundation T-shirts. One Kindergarten event sent a photo of a child who wears his Child & Family Foundation shirt every day.

A huge thank you goes to the main organisers of the day, Marta Rusinowska and the entire myWorld Poland sp. z o.o. Community for their amazing support and numerous donations, without whom we would not have been able to provide such great equipment. We also want to thank our myWorld Partner Wisła Kraków 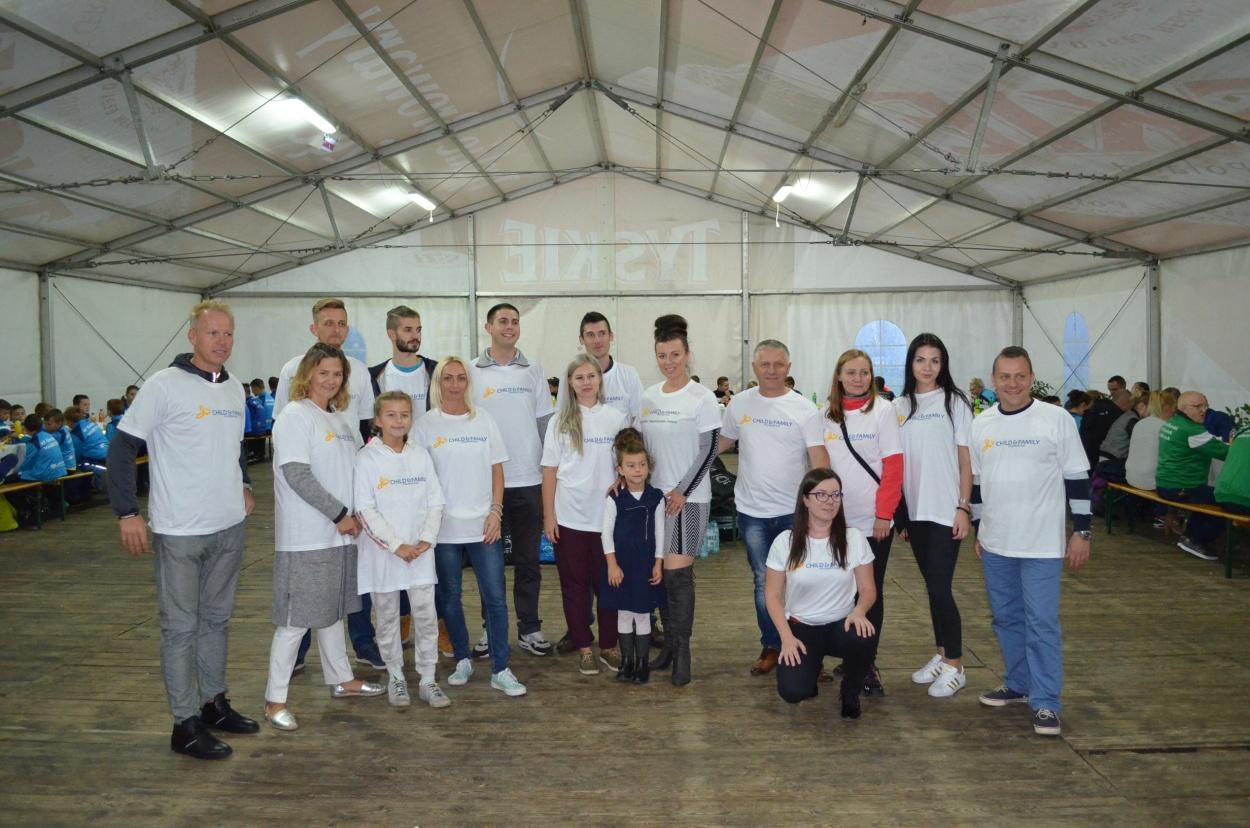 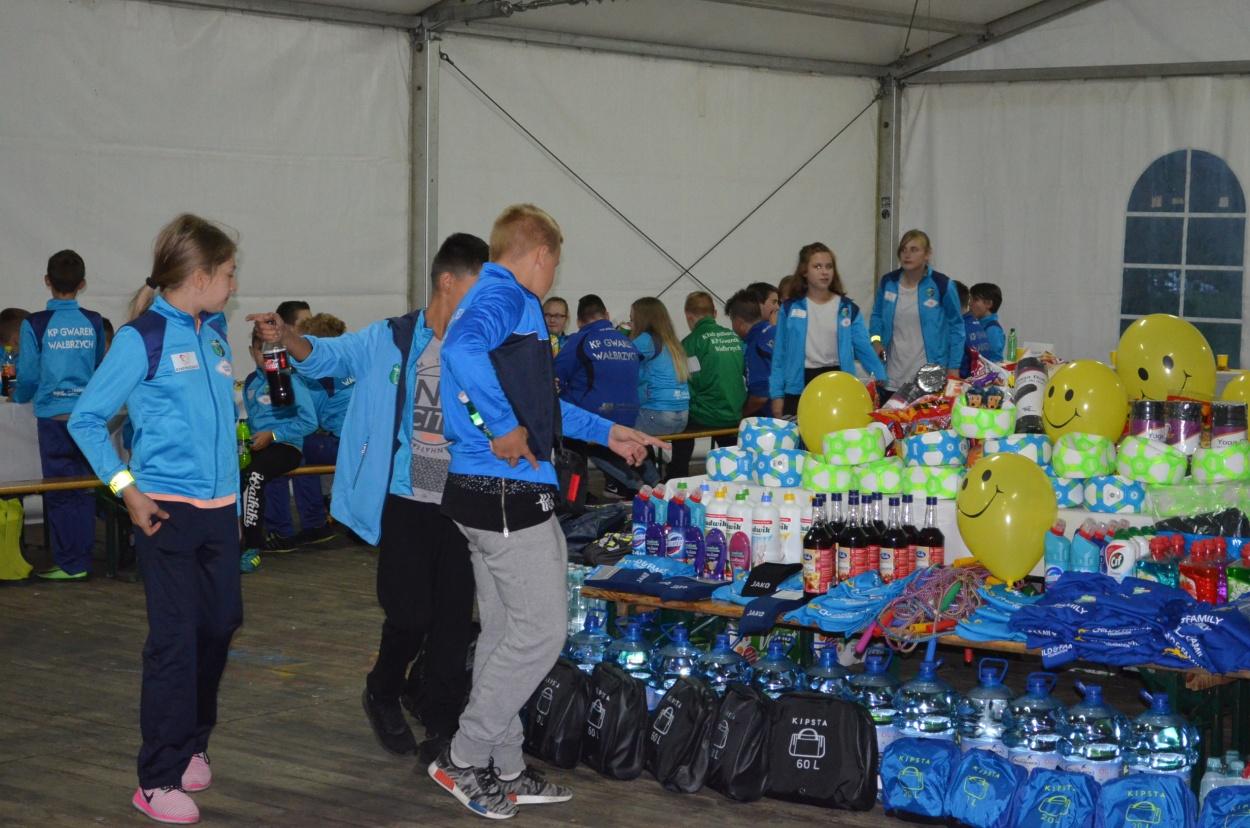 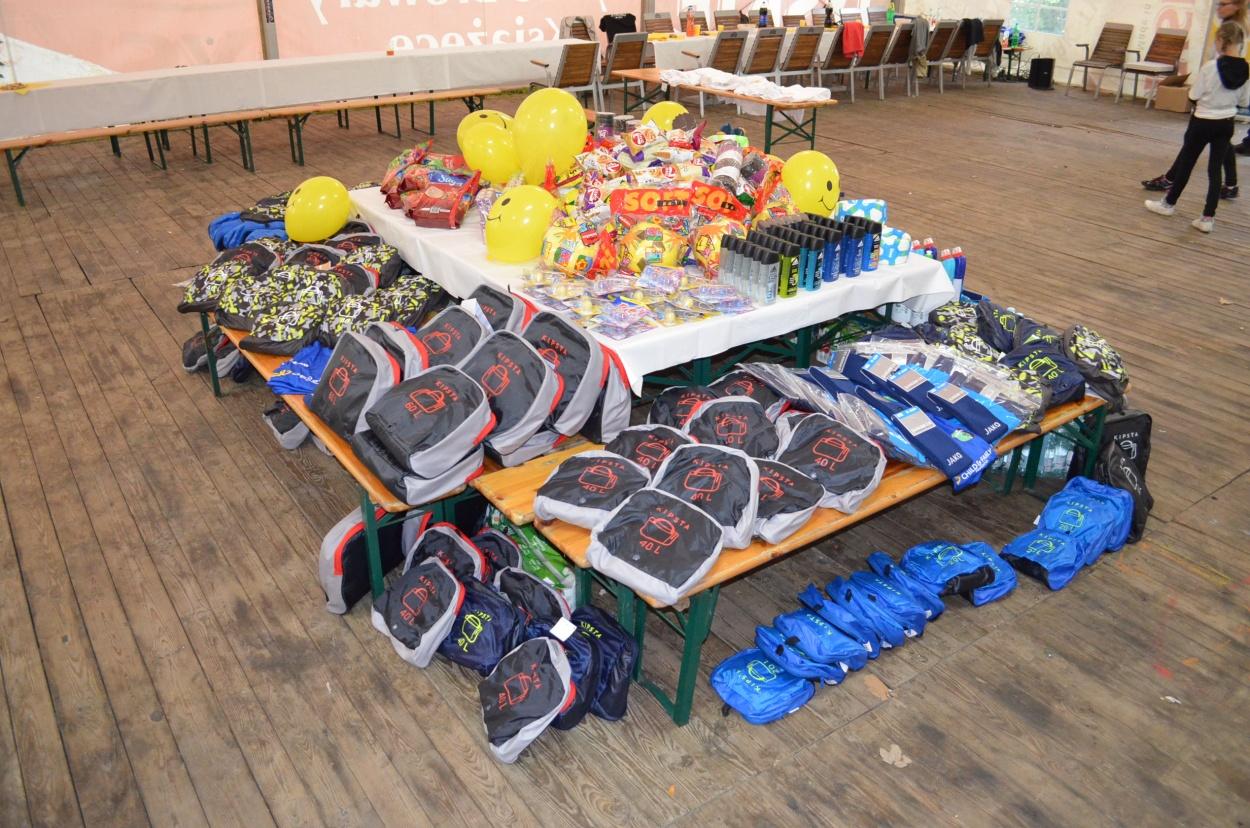